On to Florence! Beautiful Florence with its art; many fortuitous encounters awaited my owner, though she did not know this at the time.  David, Venus, the architecture, sleeping in a monastary overlooking the city, roosters crowing and dogs barking as the sun came up over one of the world's most beautiful cities. The first long bus ride with the other passengers revealed a few interesting characters. A couple of them had already made themselves known during breakfast with one of them telling My Owner "We share the same energy!" This didn't exactly thrill MO as this woman's "energy" seemed to be of the clinically insane sort.

They arrived in Florence after dark and the lumbering coach climbed a narrow road on a steep hill. The lights of the city became more sprawling with each moment.  There was a dinner at some point and I heard talk of attractive Italian men. Eventually the massive vehicle crept into a narrow space at the edge of the road, we were unloaded (and none too soon, hours and hours with smelly luggage belonging to boys is hard to stomach) and the view was stunning. I was rather viciously dragged through a strange maze of hallways with odd sets of steps in the middle, serving no apparent purpose. The room was sparse and small. This hotel it seemed was a converted monastery.


Morning brought with it a beautiful sunrise and ...how best to describe?

After breakfast a short walk was taken about the grounds to see the tree Dante sat under to write and the little garden. The outside of the building was revealed in bright spring Italian sunlight. 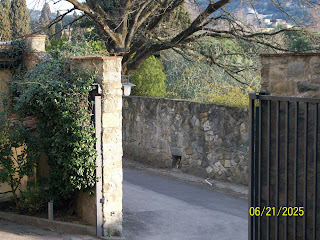 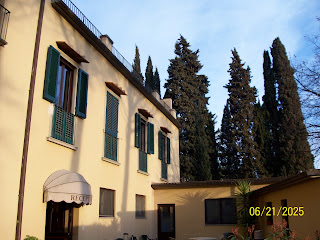 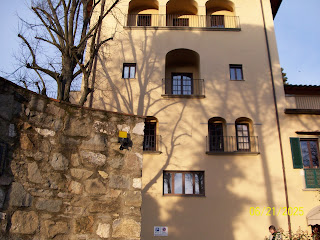 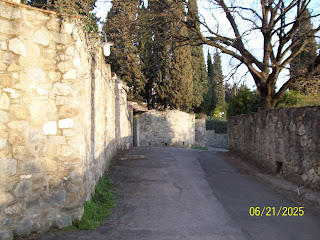 Off for the day in Florence....oh me? I'm at the hotel. The stories of today's adventures I'll get only second handle.
Posted by Michelle @Pen and Hive at 3:19 PM